Feminism: A Story Of Human Need

Readers of this opinion piece may either look at the title in disbelief, wondering why the need to integrate feminism more deeply in our lives isn’t being recognizes, or may sigh, pointing at the repetitive nature of yet another article devoted on a topic that has been explored time and again. The 21st century has been masterfully painted with incidents that paved the way towards greater gender equality, less racial discrimination and increased opening of society to new ideals and schools of thought. Despite the leaps in the field of women’s rights and the continuous effort towards the redefinition of the current status quo, we find ourselves having to revisit the field of why feminism is needed. Or having to questions the purpose of feminist movements. And maybe, this isn’t an opinion piece on the necessity of feminism, but an interesting internal travel that may uncover the true need for societal change.

On January 20th, 2021 the first women Vice President of the United States was sworn in. Kamala Harris is the first woman to hold the title, changing the nature of the previously male-only position in the US. By now, it should have become evident that small, gradual steps are indeed being taken towards the redefinition of our societies. Suddenly, more women appear in leadership positions and miraculously different systems of government become led by women. But we still find ourselves having to explain why feminism matters and why there is still the need to make space for this whole new chapter in our lives.

Feminism is one of the movements that hallmarked the 20th century, changed the lives of billions and whose aims have been the best ally of liberal democracy. The first feminist movements addressed the inbuilt gender bias that dominates the fields of education, socialization, vocation, expectation, risk and reward and had the core aim of calling these behaviors out. Far from just a loose collective of single-issue campaigns, feminism strikes at the core of the problem – precisely the one that Mary Wollstonecraft so cleverly painted in A Vindication of the Rights of Women in 1792.

Exposing the lack of logic behind discrimination matters dearly, because once one kind of discrimination is accepted, every other kind gets the run of the road: race, class, color, creed and sexuality.  An end to sexism as the primary practice of discrimination, now thought of as entirely utopic, would be the solid foundation on which a society genuinely built on merit could stand.

The world we live in now was built by and for men: it has privileged war as a means of acquisition and control, and has paid very little attention to the environmental cost of economic growth. The needs of ordinary people have been ignored to the extent that nationalism, populism and fundamentalism now look like the only way out to many who have been affected by this system. Social organization suffers under a wave of crises, and the need to redefine our systems has become too dire to ignore.

But why the backlash? The need for social re-organization may have been accepted by a wide majority, but why is there so much criticism against the feminist movements that are very passionately and firmly seeking a seat at the table?

The answer is simple: feminism demand change. Fundamental, profound and entirely necessary change. It tells the story of how patriarchy has become the dominate school of thought, and how the priorities established under this system are no longer in line with the way societies have developed nowadays. Many view it as a political theory, an argument that still needs to be developed but offers some interesting insights. But what men and women don’t full grasp is that it is the savior of humanity.

As humans, the willingness and need to coexist are embedded in our DNA. But how can this coexistence be peaceful, when there are so many and so different forms of inequality? Should we administer respect to one another simply because we are of the same sex, race, culture, color, gender, or simply because people are entitled to fundamental rights and respect? Many fall into the trap that feminists think that women are better than men, and other irrational stories. But this isn’t what feminism stands for: it doesn’t suggest that women are somehow better than men, and it surely doesn’t support the idea that women deserve special privileges. To be a feminist all you have to do is be on board with one idea: all humans should have the same fundamental rights, leaving aside any variables that differentiate us.

And although more and more people are beginning to understand the true definition of feminism and openly identifying with it, there has always been a negative stigma attached to it. Part of the problem is the way the media sensationalizes incidents, trying to convey the most radical and extreme versions as the standard. It is these false assumptions that anti-feminist campaigns have blossomed and the purpose of feminism has been questioned.

‘So, who is feminism fighting for? And why do I need to be part of this thing?’ is the next best question that may arise. The short answer is that feminism is fighting for everyone who is still oppressed, whatever form this oppression may have, in a society that prioritizes while male advancement and achievement. Whether we like it or not, we have to acknowledge the fact that our entire social systems have been crafted in such a way that classes have divided it and have allowed the ‘different’ ones to be viewed as the marginalized.

The Coronavirus pandemic brought to the surface layers upon layers of social issues, with the inability of health systems to cover the needs for universal health provision being the primary one. But another one that followed suit was the undoing of decades of progress on gender equality, with women being placed at the epicenter of this crisis, and being called to assume the role of both mother and worker. The institutions that we depend on as societies have failed women and mothers time and again: insufficient social security, lack of employment policies to recognize the double role that women play and improper support by the education system are just a few.

Pandemics illuminate the connections between humans and shed a light at the dependencies that we would rather not recognize. In the last months, women have been called to juggle to many tasks at the same time: being high-performing professionals, being loving and giving mothers and carving out some much-needed time for themselves. But instead of rushing back to the previous way of life once the pandemic is over, it would be more productive to revisit the existing institutions and embrace more sustainable, inclusive and respecting models of women’s empowerment, followed by other inclusive policies, like universal healthcare and paid leave for anyone caring for a baby. Instead of frantically rushing back to a sense of normalcy, we should see what we can learn from those who have successfully resisted it.

As we limp towards the end of the pandemic, we need to listen, to hear and to question about fundamental human rights, about societal inclusion and about the elimination of marginalization. Societies are no longer sustainable the way they are; the subsequent crises have exposed how delicate and fragile these systems are, and how many disorders they can conceal. And this is why feminism is needed: it is not a tool to be used, which will allow us to open some magical door towards another, better and more inclusive society. But it may be the antidote needed to move closer to what will be an ideal world.

Maybe idealistic and utopic, but if we don’t embrace this, can we really claim we are trying to make a difference? 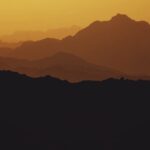 Previous Story
The Battle for the Middle East
→

Next Story
Conte, Draghi and the New Italian Government