2021 was a rocky year for Turkey: The Turkish lira plummeted, inflation soared, climate change showed its true face, and political stability has left the equation. And, as the economy crumbled, all eyes turned to President Recep Tayyip Erdoğan for answers and God-sent solutions. Let us break down this story.

Perhaps, the most discussed topic of the past years, which is the state of the Turkish economy, is what dominates all conversations. The acceleration of the ongoing inflation and the further free-fall of the national currency are only two of the issues that make alarm bells go off in the distance. Erdoğan’s economic experiment to revive the economy has been termed “Erdoğanomics“, an effort to run deficits on Turkey’s current account, with exports exceeding imports and continuing to support the persisting high inflation rates.

These unorthodox economic policies have made the situation only worse, with citizens paying the price of this experimentation. Insisting on keeping interest rates low is the exact opposite of what economists from the International Monetary Fund (IMF) and World Bank (WB) have suggested time and again. After the lira reached its lowest point on December 20th, where 1 Turkish lira was equivalent to 18,36 American dollars, intense and multi-billion dollar government intervention brought the currency back to mid-November levels.

Part of the reason behind this dramatic turn of events is Erdoğan’s tactic of direct intervention in the state of economic affairs. International Relations theories have supported the idea of separation of powers between the political and financial sectors in any nation, due to their different natures, but also because their independence is what will ensure their survival and prosperity. Contrary to this thinking, Erdoğan has meddled more than once in the state of Turkish economic affairs, by firing at least 3 central bank governors, a series of deputy governors, and top financial officials in the course of 3 years.

2) Reaching out to old friends

In 2021, Erdoğan tried to mend ties with old friends and set a new course for relations with current allies.

Even though Turkey’s history with Armenia is still blurry, and Turkey refuses to acknowledge the Armenian Genocide by Ottoman Turks in 1915, they have made pledges to redefine their relations and open new diplomatic pathways. At the same time, Turkey has reached out to the United Arab Emirates as well, with Crown Prince Mohamed bin Zayed Al Nahyan paying a historical visit on November 2021 to improve relations.

Apart from taking foreign policy leaps, Erdoğan remained close to old friends and strategic allies, like Qatar, which has supported the AKP government time and again. Signing agreements to foster economic growth, but also take into account strategic considerations, the two have formed the closest ties in the Gulf region, something which may upset the regional states due to the destabilizing prospects their alliance can have.

While Erdoğan may have shown willingness to redefine previously problematic relationships and mend necessary ties, the historically problematic foreign policy hurdles have yet to be overcome.

In the Aegean Sea, the tension, instead of disappearing, kept mounting and supporting the general aura of skepticism, concern, and uncertainty. Military provocations make Greece and Cyprus fear the possibility of an attack, which has been defined by many as avoidable. The strategic and military maneuverings of both sides have led to the avoidance of conflict up to now, but for how long? Even though foreign policy experts and analysts suggest that this is not a plausible scenario, the concerns keep building up, and the tensions do not fail to upset the side that is experiencing the provocations.

In the MENA region, Turkey’s involvement in Libya’s civil war changed the regional balance of power. Its support for the Tripoli-based Government of National Accord (GNA) implied the supply of armored vehicles, anti-aircraft missile systems, and radar jammers, which helped overturn the course of events in Libya and resulted insignificant setbacks for Khalifa Haftar’s Libyan National Army (LNA). Apart from enhancing regional instability, Turkey showcased its decision to become an active decision-maker in the Arab World. By extending this military support, Turkey once again showed that it wants to become more than just another player in the wider MENA region. Exactly like in July 2021, when Erdoğan turned Hagia Sophia, a monument that served as a museum, cathedral, and mosque for centuries, back into a Muslim house of worship, he wishes to solidify his status as the protector of the region’s Muslims. Facing no competition from any other state, not even from the Saudis, the powerhouse of the region, he embarks on this quest unbothered.

What do the people say?

According to Turkey Trends, a 2021 field study coordinated by Dr. Mustafa Aydin for Kadir Has University, the most important issue are economic concerns. The study, which comprised of 1,000 people over the age of 18 coming from 26 Turkish provinces, outlined which are the most important issues that the Turkish government and society have experienced and will continue to experience in the following year.

At the top of the list, one can find “problems in the economy”, “refugees”, and “COVID-19 pandemic”, which are followed by “restrictions of rights and freedoms”, “fight against terrorism”, and “education”. In 2021, Turkey experienced serious human rights setbacks, with violence against women seeing a dramatic spike and political freedom becoming severely restrained. Freedom of the press declined, and journalists that criticized the government became the “black sheep”. The executive’s interference in the judiciary and prosecutorial decisions does not seem to respect either the autonomy nor the separation of the key government powers, which enhances the surrounding aura of government inefficiency and unresponsiveness.

An interesting observation, however, is that the overwhelming answer to the question about early elections was a negative one. Essentially, the majority (64.5%) did not believe that parliamentary elections should be held earlier than their scheduled date, which is June 2023. However, the ones who deemed it important to have early elections are also those who are the most concerned with the state of economic affairs, who want to see a change in administration, or those who want a change from the general sense of injustice.

An additionally interesting observation is that, in a hypothetical scenario of immediate elections, the majority of the respondents (35.9%) chose AKP (Adalet ve Kalkınma Partisi) as their top choice, followed by CHP (Cumhuriyet Halk Partisi), MHP (Milliyetçi Hareket Partisi), and İyi Parti. The current order of preferences might be attributed to a series of variables that cannot be perfectly reflected through surveys. When examining preferences, one must also consider the issue of aggregation – it is hard to reflect the preferences of an entire nation through a series of quantitative and qualitative variables. This is not to say that the Turkey Trends study does not reflect the Turkish reality; on the contrary, it simply points out that a series of underlying variables may explain different conclusions that are drawn from everyday life.

The above conclusions are also supported by a study that the Turkish Research Agency MetroPOLL conducted on the readiness of the opposition to rule. When asked whether CHP, the leading opposition party, would be ready to rule and replace AKP, the majority of the respondents (47.1%) answered with “No, I do not think so”. The difference with those who claimed the opposite is small – just 1.1% — but still, the difference is there.

A rocky year ahead

With 2022 still in its early days, Turkey is called to face its internal and external challenges and resolve its pending “cases”.

The economy remains one of the most crucial and pending issues for the next year. If President Erdoğan wants to remain in power, or at least try to restore a bit of confidence in his and his party’s ability to respond to the demands of the people, he needs to step away from his economic maneuverings and adopt more orthodox economic approaches. “Erdoğanomics” was a good experiment, but not when it comes to the expense of millions.

2022 will be a cornerstone for the present and future of the current government. According to International Relations theories, voters and citizens are myopic – they only consider things that will happen in the short run, and they only remember things that happened not too long ago. Even if something benefited them or caused them great pain, they will not be ready to take it into consideration. Instead, they will think of all the things that happened just before the elections and soon after.

This is why 2022, as the prelude to the June 2023 presidential elections, will be the year when Erdoğan will try to redeem himself in the eyes of his electorate and will try to reshape his image in the public’s eyes. He will go to great lengths to showcase his leadership skills, his strong statesman character, his swift decision-making – possibly at the expense of millions, of bilateral relations and international stability. Rash decisions might be made, irreversible shots might be called, and the regional status quo might be forever altered.

Read the original article  written for OffLine Post at https://www.offlinepost.gr/2022/02/04/challenges-strategies-and-concerns-turkeys-projections-for-2022/

Next Story
The Erdoğan-Zelenskyy friendship, explained

The North Atlantic Treaty Organizing (NATO) might currently be facing one of the greatest challenges to European defense and stability,... 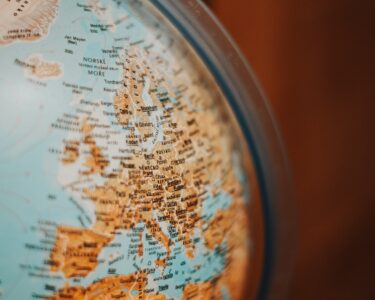 While we argue that History often repeats itself, suggesting that there is a common trajectory in everything and that international...