Written by: Katya Mavrelli • January 8, 2019• Articles Economy & Markets The US

Washington, December 2018: The US declares a government shutdown which startles the international community. Services, such as national security and air traffic control are still operational, yet a great proportion of US national services temporarily close down. Agencies, such as the U.S. Department of Education and the Department of Energy, and Services such as the Department of Labor, are temporarily out of service. Employees are left with little option but to take a leave of absence. But who knows for how long?

The temporary close-down of the US government was initiated after disagreements on a spending bill that was to be passed by Congress and then signed by President Donald Trump by midnight on December 19th. As this did not take place and there were Congress was unable to meet a consensus, the federal Government partially shutdown on December 21, 2018. The bill that was to be signed referred to $5 billion spending on the proposed construction of President Trump’s border wall with Mexico. The shutdown became the longest shutdown in U.S. history after it surpassed 22 days.

Today, January 26, 2019,  the US is faced with its 36th day as a nation with a temporarily shutdown government and the situation isn’t likely to improve. The Senate Vote that will be held on Thursday on President Trump’s proposal to reopen the Government and the Democrat’s alternative of opening the Government on February 8 are the only new developments.

Behind every shift in politics, it’s natural that domestically the situation won’t remain unaffected.

Approximately 380’000 non-critical employees took a leave of absence without pay and around 420’000 have been reporting to work without getting paid. Many employees are looking for part-time employment in order to cover their living costs, given the dark days looming ahead.

The shutdown affected employees across different fields and had far-reaching effects on the agricultural sector, with farmers unable to have access to necessary loans and the prospect of possible reductions in food stamps, issued to those on low income. The agricultural sector is one of the most beneficial sectors of the US economy, which drives economic growth, allows US GDP to remain high and steadily increase, driving economic growth. The sector of US Commerce is also very likely to be affected, given that 87% of the 47’896 employees were furloughed.

And the shutdown effects aren’t limited on sectors affecting the US economy. In the Judiciary sector, several federal civil cases and immigration court cases have been delayed, with Federal District Courts remaining operational until January 25. Other smaller agencies, such as NASA, have also been affected, with many employees furloughed or left with the option of a leave of absence.

After the first 14 days of the shutdown, the economic damage started increasing considerably. Its has been estimated that by the 31st day of the shutdown, it cost the U.S. government as much as $5.7 billion, which was near the amount President Trump proposed for the U.S. – Mexico border wall.

The Council of Economic Advisers also estimated that economic growth was reduced by 0.13 percentage points for every week that the government remains closed down, a significant number for one of the biggest international economies. According to Beth Ann Bovino, S&P Global’s U.S. Chief Economist, average weekly directly and indirectly costs of the shutdown reached up to $1.2 billion.

Though it is estimated to have a “modest impact” on one of the world’s leading economies, the economic productivity that will be lost during these days won’t be recovered. And that is because government spending is itself part of the nation’s GDP, contributing up to 18% of economic output for the country. According to the Congressional Budget Office, for every $1 reduced of federal spending, GDP can lower by $0.40 – $1.90, which is bound to have an effect on one of the greatest players in the international markets.

Apart from the general implication on economic growth, the shutdown is bound to affect regional economies and places that have high demand for public employees, such as Mississippi and Kansas.  States such as Montana and Alaska are also very likely to be affected by the situation, given the shuttering of the Department of Agriculture and Inferior.

Lastly, the shutdown is going to affect taxpayers greatly in the long run. Given the state’s need to reorganize and strengthen the economy again following a lengthy inactive period, there will be great need for extra funding and financial support of crucial projects, i.e. in infrastructure, in order to set the U.S. economy in motion again.

After 35 days of the longest U.S. shutdown in American history, President Trump decided to yield to political pressures and bring an end to the situation. He supported a deal to fund federal agencies for three weeks, yet this decision “was in no way a concession” as he himself stated.

What will be the future of the U.S. supposing the shutdown continues after these three weeks of funding? It has already started affecting the U.S. domestically and, in the long run, may start having international effects.

Being one of the most critical figures in international trade and politics, a weakening of the U.S., in terms of domestic economic growth, is bound to shake the international community. Other nations, including German and China, will have a hard time covering the blank spot left behind by the U.S. economy.  However, this is not the most likely scenario.

There are three possible scenarios in which the shutdown may evolve: Firstly, President Trump may proceed with the funding of federal agencies for the short run, and then, after this 21-day-period elapses may proceed with the continuation of another shutdown to place pressure on the Congress to pass his proposed deal. As he mentions, “if no deal is done, it’s off to the races!“.

The second alternative is for the President to tactically retreat from his original proposal for a border wall and to turn this shutdown into a political move, through which he tried to strengthen his hold of power. In his speech at the White House on January 25th the President addressed the affected federal workers as “incredible patriots“, who would soon receive full pay. President Trump’s recent decision, to temporarily bring an end to the shutdown, is also an act of standing up to the Democrat’s and reaffirming his hold of the U.S. Presidency.

However, given the effects the shutdown has had so far and given the future effects it may have financially or politically, the U.S. should decide correctly on whether it will proceed with the continuation of a damaging plan or with diplomacy.

Previous Story
The East Against The West
→

Next Story
The Fall of an Empire, The Rise of a Democracy?

The year that changed the Internet

Now that we are still just in the beginning of the new year, when expectations are still high and when promises for a better year ahead are...

Soon after the intense electoral victory of Joe Biden, the spotlight fell on the Middle East giant that has been haunting Americans’...

Almost one month after the vivid November 2020 US elections, there is a sight to behold in the US: national flags appear on porches, on... 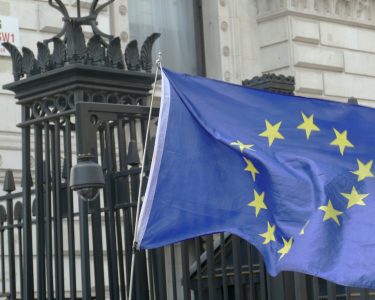 The COVID-19 pandemic showcased not only the pivotal role of healthcare, but also the great need for competent leadership. Now more than...