The Unearthed Jammu – Kashmir Crisis: Does History Repeat Itself?

It was August 5th, 2019, when India’s Primer Minister Narendra Modi declared that the country would revoke Article 370 of its constitution, which referred to the limited autonomy of the Jammu-Kashmir region.

One of the most tightly militarized regions internationally has recently come to the attention of the international community once again. Following the partition in 1947, the disputed territory decided to be administered by India rather than Pakistan, which resulted in mounting tensions between the two neighvouring nuclear states.

However, the issue had been placed at the background of both India’s and Pakistan’s agendas in the recent years. Now, following Modi’s re-election, the Hindu-believer and dynamically nationalist rhetoric has re-approached the subject, with evident expansionary desires.

The thousands of army troops that were sent to the region, and have remained there to quell any protests or uprisings, signify a declaratory move from India’s part, emphasizing the “new era” that has “now begun” under the nationalist government. Aggression seems to be at the heart of this new movement.

By revoking the articles of the Indian constitution, the government in New Delhi will have more control over the Kashmir region, being able to offer “better education, laws to protect the marginalized sections of society, a life of greater dignity for women“, while at the same time achieving “socio-economic development“.

What do the statesmen say?

The implications of this action are, however, far more far-reaching than simply a movement up or down the GDP scale of either country.

The sudden and unexpected decision to revoke the autonomy of the much-disputed region symbolizes an inflection point in the already uneven path between the two states. What could have been described as a relatively long period of peace between India and Pakistan has now come to an end, with tensions reaching a sudden climax soon after Modi’s announcement.

Pakistan’s Prime Minister, Imran Khan, commented that what India was attempting to do was to “change demography of Kashmir through ethnic cleansing“, which sparked even greater worries and led to the deterioration of the states’ bilateral relations.

What is more, China has also been caught up in the middle of all recent developments, as it controls almost 20% of the Jammu-Kashmir territory. Given the ongoing and continuously- escalating trade war between China and the US, Asia’s major economic power seems to remain laid back amid the tensions and hasn’t taken any decisive action yet.

The question as to whether such a stance will continue could be cautiously answered with a yes, given the fact that China’s great worries at this moment seem to be the protests in Hong Kong and the major-scale economic damage that can potentially be caused by the US’s decisions.

Being an important center for the development of Hinduism and Buddhism, while at the same time hosting a large percentage of Muslim Indians, the Jammu-Kashmir-Ladakh region holds much religious significance for both nations. For years, the two religious majorities coexisted within the borders of the same territory, yet now the present Indian forces and army troops that have infiltrated the region signal an end to the relatively long and stable co-existence.

Many have suggested that this “power-grab” from India’s part was neither unexpected nor sudden.

Given Modi’s latest re-election campaign pledges, the addition of Kashmir to Indian territory was a strategically planned move in order to rid the area of “separatism, terrorism, corruption and nepotism“. In his effort to turn India into a hindu-nationalist nation, the aggressive and overly expansionary foreign policy path that has been adopted fits well with the decisive nationalist rhetoric of the latest months.

The international community has refrained from making any overly-suggestive statements either condemning or congratulating the recent developments, which leaves us with a huge question mark.

In the midst of constant changes, one wonders whether the time of the international political power bid has arrived. When rulers fall, states collapse, or so is the saying, yet what happens when both collapse at the same time?

It could be suggested that this is the time of Modi’s rise to politics, when he will make his impact as a politician vividly felt. However, the timing was wrong given the continuous, and unresolved, international crises.

Venezuela remains caught up in an accelerating inflationary spiral and shocking political changes. The US experiences electoral fever with Republicans and Democrats vying for the role of President and debating on health care, immigration and gun control. Canada experiences its own domestic turbulence, with public opinion shifting against Justin Trudeau. In Europe, the great heat wave accompanies the heated political instability, what with Boris Johnson on British headlines. And the Middle East experiences its never-ending and escalating conflicts. The future seems dark, uncertain and filled with tensions.

The world has experienced the most political tensions of the 21st century in the last 5 years of the 2010s. Democracies rise and fall, far-right leaders emerge and nationalists spark enough trust that nations rise and fall at their feet.

So was such a move form India’s part expected?

Probably not. Which leaves little room for maneuvers both to Pakistan and to the international community. Out of fear of the possibility of a nuclear war between the two neighbors, that could turn fatal for all of humanity, no intervention has taken place yet. Which leaves Pakistan worried and India confident.

Recap: The world has changed, but how about history?

Experts have suggested that History might repeat itself, what with the loaded past of these two nuclear states. They have suggested that the possibility of another Indo-Pakistan war isn’t as impossible as many want to believe and have warned caution.

It would be hopeful to suggest that the crisis won’t result to such drastic actions. And that, sooner or later, placing great emphasis on the “sooner”, one of the two states will agree to move towards the negotiations table.

For the time being, two things are becoming even more clear.

Firstly, the surge of nationalist and far-right leaders hasn’t halted. The ever ongoing and continuous movements supporting and encouraging radicalized views have grown stronger, threatening international peace and stability.

And second, it would be high-time for international statesmen to turn their attention once again towards Asia, which has become the center of both technological developments but also of political oppression, violence and waves of political dissatisfaction.

Previous Story
The Fall of an Empire, The Rise of a Democracy?

Next Story
Determining The Unpredictable Future of The Media 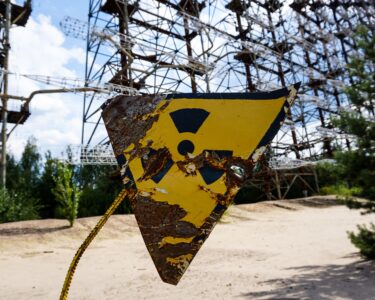 Is the age of nukes back?