Erdogan’s Turkey: On A Path To Glory (?)

By now, the effects of the January 2021 US Election have settled in. The focus of US politics has shifted towards mending, rather than breaking, bilateral relations, and trying to balance out the playing field between the titan of Asia, China, and the leader of the North, Russia. But in his attempt to solidify the institutional framework, President Biden hasn’t devoted the necessary attention to Recep Tayyip Erdogan’s Turkey. As if caught in a whirlwind, Turkey has been experiencing crisis after crisis, with the economy currently on a rollercoaster ride, and society experimenting with the newfound notion of change. But Erdogan isn’t navigating his Turkish ship in uncharted waters, and he certainly doesn’t lack direction. But where is he taking Turkey? And what do his recent foreign policy initiatives suggest about the path that is to be pursued in the near future?

Leaders have time and again engaged in some ‘scramble’ for the formation of international partnerships and multilateral relations. No leader wants to stand alone, unsupported, and unassisted in time of crisis. The ides of the Lilliputian strategy, according to which small countries come together to bind a larger state, dates back to the Napoleonic Wars but prevails up to today’s interconnected and globalized world.

Erdogan cleverly wishes to fill every gap, seal every small entrance and fortify Turkey by engaging in warmer relations with his neighbors and the surrounding Arab states. The increasing ‘Arabization’ which he is incorporating in his foreign policy and strategy is aided by the more central focus that neighboring countries of geostrategic significance offer. Just this January, Turkey’s Minister of Foreign Affairs Mevlut Cavusoglu issued a joint statement against Islamophobia and towards better management of the COVID-19 pandemic with Pakistan’s Minister of Foreign Affairs Shah Mahmood Qureshi and Azerbaijan’s own Jeyhun Bayramov. At the same time, Turkey prepares to warm up to the Taliban of Afghanistan by holding peace talks in April, following US involvement. Erdogan never leaves Libya out of sight either, where the recently sworn-in interim government, enjoys the support of Khalifa Haftar and the Parliament.

More importantly, Turkey is departing from its isolationism policy regarding its Arab neighbors and is adopting a more intimate approach in its multilateral relations. Moving towards greater cooperation with Qatar in culture and education terms, Erdogan doesn’t neglect neighboring Kuwait and Oman, with which he has also engaged in deeper cooperation on matters regarding security, defense and trade. In the African continent Erdogan has additionally approached Somalia, which recently agreed to allow Turkish oil companies to become involved in its hydrogen and anthrax potential and which was recently ‘gifted’ new military facilities.

Building new ties and maintaining old relationships is key in Erdogan’s policy layout, but the involvement in regional conflicts cannot be disregarded. By becoming involved in the Syria-Iraq front, Erdogan aims to extend Turkey’s ‘safe lines’, and for this reason he openly supports the formulation of a political solution in Syria along with Russia and Qatar. Always keeping a weather out on the horizon, he is preparing to pounce to any opportunity that arises in the US-Iran front, which has started making the headlines once more.

Strategically, Turkey is also paving on the right path. Just recently, Ankara participated in bilateral initiatives for the resolution of the East Mediterranean and Middle East tensions, which are organized by the US-UK-NATO-European Union group. Turkey additionally aims to improve Saudi and Egyptian relations with Qatar and is thus increasingly more interested in any and all Gulf developments. In the Eastern Mediterranean, Erdogan hasn’t failed to clash with Israel’s Benjamin Netanyahu either. The determination of marine sovereignty and rightful management of resources is yet to be settled, and Ankara’s increasingly friendly relations with Palestine makes matters more fragile.

Even though the ‘carrot’ of Erdogan’s foreign policy approach refers to the embracement of Arab neighbors, the ‘stick’ is represented by the rising tensions with Cyprus and Greece. Turkey is to engage in negotiations with Cyprus in April regarding the lawfulness of both state approaches, the right to national determination and the ability to maintain resource extraction. This is complemented by the continuous issuing of challenges towards Greece, with the ‘Blue Homeland’ doctrine, the further disputing of Greece’s sovereignty in the Aegean and the military involvement in Thrace being integral elements of the current approach.

Contextualizing this in the framework of the recent US elections, it becomes evident that the current Turkish administration is sending mixed signals to President Biden and decoding them will be the new challenge ahead.

Considering that Turkey is a powerful NATO member, with one of the most muscular approaches and stances, its regional influences become of vital importance for the US. The pro-Arab stance may well deter the extension of China’s Belt and Road initiative or Russia’s expansionist tensions, which may benefit the new approach of the US regarding foreign policy in the Middle East. Additionally, Ankara’s willingness to become involved in regional and unsolved conflicts may further benefit the US, which seems unable to part from the tendencies for involvement abroad. Turkey’s participation in military exercises further symbolizes its dedication to the principles of the NATO alliance, and, given that this doesn’t challenge the US in some evident way, has been accepted so far. The issuing of challenges in the Eastern Mediterranean doesn’t please the Biden Administration, but as long as this doesn’t exceed some predetermine tension threshold, the US will have to do with the current setting.

It becomes clear that by no means does Turkey’s policy represent that of a disoriented and unprepared state, unable to determine the future course of action. Erdogan showcases determination, confidence and trust in his plan, which is none other than putting Turkey in the forefront of international developments. By adopting daring moves, and departing from ordinary approaches he dominates the international scene and fortifies Turkey’s image among its neighbors. Erdogan seems to acknowledge the growing West-East tensions, and seems to actively take steps to prevent Turkey from becoming either isolated or just another member of the two invisible ideological and political blocs.

This doesn’t mean that these approaches are in favor of the Turkish people, or in line with the capabilities of the Turkish economy. Though ambitious, Erdogan is suffering from internal loss of support and backing of a semi-functioning economy. These bold initiatives require making sacrifices which are entirely linked with citizens living standards, national security, democratic principles and liberty values.

No one can guarantee the success of these ambitions, but Erdogan will surely be keeping a steady eye on the international scene, and leaving his distinct mark in any way possible. 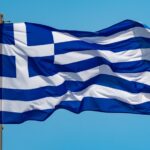 Previous Story
What it means to be Greek
→

Next Story
Greece and Turkey on the Negotiation Table

The war in Ukraine has shaken the existing international power structures indefinitely. Apart from the shock of the – expected, to some...

Over the past few years, countries have developed new ways to conduct their foreign policy. Drone technology has significantly improved,... 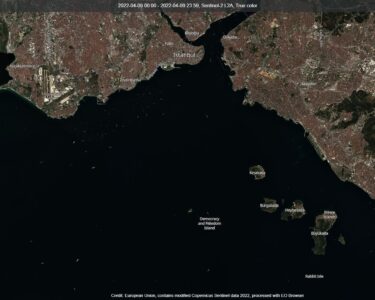 Over the course of the past months, references to Turkey and its international relations have been different compared to the past. Starting...