Mediating During Crisis: Is the UAE Prepared?

UAE’s Crown Prince Mohammed bin Zayed met with Egyptian President Abdel Fattah as-Sisi in Cairo, Egypt, to discuss about the progress of the Grand Ethiopian Renaissance Dam, raising questions of regional security, concerns about African stability and attempting to reach a deal regarding the stabilization of the region.

The UAE has been showing growing interest in the neighboring African states, never being too shy to offer a shoulder to cry on, or invaluable consult. In the past months, the dispute in the Nile has concerned not only regional actors like Sudan and Egypt, but also potential players that could be affected by the disruption of continental stability. The Crown Prince’s ambitious plan is that a possible multilateral deal will enable Ethiopia to fill the dam and at the same time ensure that neighboring Sudan and Egypt will be granted sufficient access to the Nile’s water deposits.

The initiative of the UAE to serve as the mediator in the signing of the deal showcases once more the commitment to Red Sea stability and prosperity. Following the Suez Canal crisis, Arab states received an awakening call, realizing that the international focus has once more shifted towards their region. This made previously shy leaders, like Kuwait and Qatar, to demonstrate their presence and take sides, always favoring the most powerful regional player. Realizing that regional dominance might come under threat sooners rather than later, the UAE decided to employ the traditional strategy of power-projection and ambitious foreign policy in order to safeguard its international reputation.

In a region when daily developments overshadow all other international news, vying for power is an everyday game. Actors from across the region grasp all possible opportunities to display their assertiveness, their national steadiness and their foreign-policy deftness. This is why the UAE’s diplomatic efforts are an ‘investment towards the stability and security’ of the wider region, as well as an attempt to assertively mark its spot in the international arena, as Albadr Alshateri, former professor at Abu Dhabi’s National Defense College, argues. The desire to mediate in the current conflict between Ethiopia and Sudan, and the prior attempts to arbitrate negotiations between Ethiopia and Eritrea, represent significant diplomatic preludes in the area.

Following the withdrawal from the involvement in the Yemen conflict in October 2019, the UAE has growingly relied on foreign policy and crisis diplomacy to broaden its sphere of international influence and catch up with other key strategic players. China and Turkey constitute two of the most deeply involved players in Africa and the wider region of the Middle East. China’s 25-year agreement with Iran, and Turkey’s continuous efforts to become involved in domestic developments concerned the UAE, which decided to deterministically become involved as well.

The perception that it can serve as the new, leading regional stakeholder arises from the current power vacuum, which hasn’t been filled. The detachment of great powers and the regional biases have classified the issue of the Ethiopian Dam as a secondary-basis crisis. US President Joe Biden has refrained from committing the US to a mediation role, and the European Union has served as consultant with individual actors rather than offer some holistic solution. At the same time, the Arab League and the African Union haven’t taken a more decisive step other than suggesting that Ethiopia should respect Nile regulations.

The close ties with all actors involved are a major asset for the UAE. The steady progression of the UAE-Egypt partnership ever since al-Sisi took power in July 2013 and the formulation of ties with Ethiopia and Sudan after the delivering of humanitarian aid have helped the UAE stand out among its fellow Arab states. Sudan and Egypt are highly likely to accept Emirati involvement and mediation, given the pro-UAE stance of both actors. Both states regard closer harmonization with Emirati initiatives and policies as favorable and desired assets for the future.

At the same time, Ethiopia is wary of external mediation in the dam dispute, even more so when this third player has particularly close ties with the other states involved. The Ethiopian Foreign Ministry is more inclined towards reliance on the African Union for the arbitration of the tripartite issue. As with any regional conflict, the involvement of another state with key interests in the region simply complicates matters, leading to the production of a far from equitable and unbiased solution.

The UAE isn’t the only Arab state venturing out towards new foreign-policy directions. Qatar’s mediation in the maritime dispute between Kenya and Somalia regarding maritime delimitation in the Indian Ocean showcases the growing interest in African developments and the growing potential of Gulf countries in the Horn of Africa. Even though no particular breakthrough was achieved, Qatar’s involvement in the historical dispute showcases the power-projection tendencies that govern regional politics. Treading on a similar path, the UAE’s decisive offer to mediate the Nile dispute underpins the value and complexity of regional security and geopolitics.

Originally published for OffLine Post in June 2021 at https://www.offlinepost.gr/2021/05/31/mediating-during-crisis-is-the-uae-prepared/

Next Story
Inside Iran’s Electoral Chaos: What Comes Next After Rouhani? 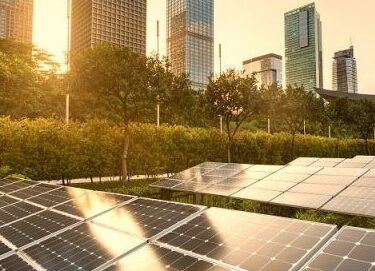 Green transition: a harsh reality or an idealized vision? 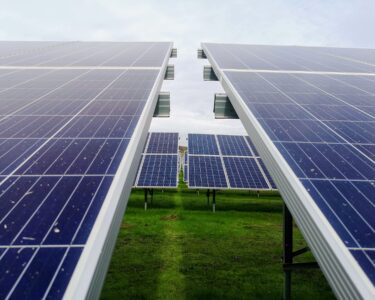 OPEC, the Saudis and the future of oil

The recent rift between the oil kings of Saudi Arabia and the United Arab Emirates (UAE) is an indication of the things that are coming...

In March, Libya’s new interim government was appointed, intending to replace both the warring Government of National Accord (GNA) based...