Inside Iran’s Electoral Chaos: What Comes Next After Rouhani?

Iranian presidential elections are to take place in less than two weeks, and the electoral setting is still one of uncertainty, political rivalries and national disunity. Even in the face of grand, as it is thought to be, political changes, Iranian politics remains on its traditional course of internal powers struggles and absence of remedies for political unification.

The head of the country’s judiciary, Ebrahim Raisi, appears to be the top contender, and the current regime appears to be backing his every step. But who is Hassan Rouhani’s alleged replacement?

Raisi became known after participating in the 1979 Iranian Revolution and following Ayatollah Khomeini’s footsteps closely. Proving he wouldn’t be lenient towards those who oppose the ideals of the Islamic Republic, he was appointed first judge and the prosecutor in Iran’s fourth largest city, Karaj. A few years later and as member of the ‘Death Commission’, he would become known for one of the largest mass executions. The three-member commission, formed in 1988, would become infamous for the ‘enforced disappearance’ of political prisoners who refused to abandon their ideological beliefs. The execution of more than 30’000 people, including women and children, would be later termed as an ongoing crime against humanity by Amnesty International and as ‘the greatest crime committed in the Islamic Republic since the 1979 revolution’, as the late Hussein-Ali Montazeri mentioned.

Raisi became known for cracking down on opposition and removing impediments to the smooth continuation of the Khomeini legacy. Obeying Khomeini’s orders, facilitating executions, consolidating the powers of the Islamic Republic behind the scenes and serving as one of the highest-ranking representatives of the judiciary, Raisi kept climbing the political ladder. When moderate President Rouhani assumed office, however, Raisi was partially sidelined until he was appointed head of the current regime’s judicial system by Supreme Leader Ali Khamenei.

The current electoral scenario only raises questions on the nature of Iran’s democracy. The Guardian Council has approved seven candidates, which include an interesting combination of alleged perpetrators of mass murder, subjects of European and American sanctions due to human rights abuses, embezzlers and candidates who have been implicated in foreign assassinations and bombings. And despite Khamenei’s boasting that the Islamic Republic has turned into a system that deeply respects the peoples will, all evidence to the contrary.

Persistent anger over systematic crackdowns perpetrated by the current regime led to the boycott of the 2020 parliamentary elections and has now emerged as a dominant driving factor in the prospective boycott of the June presidential elections. In recent weeks, retirees and pensioners have staged more than a dozen protests across multiple cities and demands for economic policies to balance the gap between rising living costs and stagnant incomes remain unheard. Rouhani has represented Iran’s ‘reformist’ wing for the past eight years, but hasn’t been able to halt the spread of Khamenei’s power, overarching and supreme, across more sectors.

Raisi’s leading position in the polls doesn’t mean that the regime is unaware of his unpopularity. Khamenei’s preference for Raisi has become evident in several instances, however. When top regime insiders such as Ali Larjani were disqualified, it became evident that Raisi is in it for more than just holding the presidential office. It has been suggested that Khamenei sees Raisi as a promising cleric and a capable successor. Raisi’s leading position in the judiciary and legislative is also beneficial, given that at times of crisis and deep public discontent, any undemocratic regime is willing to go to great lengths to instill its own order over the rule of law and democratic principles.

Thinking they can suppress opposition more effectively and ending the power struggle between the moderators and the hard-liners, Khamenei and the Islamic Revolutionary Guard Corps (IRGC) have opted for a candidate who has proven capable or maintain control over all branches of the Islamic Republic. Raisi’s background will serve him well, but the future of the Iranian population is more than unsure. Democracy, equality, freedom and fair representation are just some of the elements at risk. The June elections aren’t just a domestic Iranian test for the survival of the so-called democracy, but a regional challenge that paints the skies red with uncertainty.

Originally published for OffLine Post in June 2021 at: https://www.offlinepost.gr/2021/06/09/inside-irans-electoral-chaos-what-comes-next-after-rouhani/ 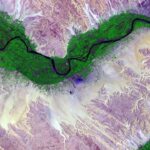 Previous Story
Mediating During Crisis: Is the UAE Prepared?
→

Next Story
Turkey’s Breakup with the West

More often than not, sectarian conflicts and sectarianism, in general, are presented as religion-driven and deeply theological phenomena....

The results of the June 18th presidential elections suggested the continuation of the regime, the adoption of an evidently more hardline...