For quite some time now, political analysts, thinkers and journalists have concerned themselves with one central question in the complicated and rapidly evolving era of politics: what is populism? After deliberate analysis, they interpreted it as the effort of politicians to appeal to the masses, which represent the main core of their voters, and appeal to them via policies directly aimed at improving their well-being and subsequently benefiting the evolution of the economy and society.

Ever since Donald Trump’s election in 2016, the headlines have been busy with publishing articles about the shift of politics towards a less favourable political path for the elites and a shift of decision-making towards popularly desired policies. One year later, Sebastian Kurz’s election as Austrian Chancellor gave an even greater surge to the wave of discussions revolving around populism. One would also define Jair Bolsonaro and Matteo Salvini’s appointments as the “cherry on top” of the political debate on populism.

But what is this “populism” and why is everyone starting to question its future now, in the midst of an economic and health pandemic?

It is common knowledge that crises can herald new political eras; whatever their nature, whether financial, political or environmental, crises have the power to signal the begin and end of regimes, bring new political characters to the foreground and allow existing leaders to become easily forgotten. It was in 2008, when the world witnessed the global economic meltdown, when the power bid was put in place and such populist leaders started emerging. Seeing that the conditions were rather favourable, they came here to stay.

The crisis that paved the way to their rise in power is now considered resolved. Yet, the crisis we are now experiencing has brought on the table concerns about their survival. Yes, their policies were and in some cases are still considered effective. Yes, their appeal to the public has remained resolute. But is the COVID-19 pandemic going to secure their hold on power or is the demise of their regimes closely looming?

The answer to the much-debated question is leaning closer towards the latter case.

Populist leaders thrive on projection and portrayal: they depend on making their country seem as if it were under siege, as if it is under a constant, imminent and irreversible threat. Their decisions for policy implementation are precisely based on the response to said threat, which creates favourable circumstances for the adoption of dire measures or any policies that can lengthen, or at least secure, their hold of power.

This time, though, their enemy doesn’t originate from another country or region; they cannot pinpoint their adversary and clearly declare against whom the nation is struggling. This time, the enemy is clad in invisible clothing, masked under a flag that bears no colours and has adopted an expansionary path that cannot be limited within national or regional borders. The viral threat puts their play at risk: who will they blame now?

Populist leaders have become notoriously known for their excellent rhetoric skills and their ability to turn a seemingly insignificant domestic crisis into an affair that will receive international coverage. Such was the incident between the US and China on the imposition of tariffs on the soybean imports and exports: a national crisis turned into a heated and well-debated topic that concerns economists and strategists until today.

The additional challenge for populist leaders like Trump, Bolsonaro and Kurz is another one: rather than manipulate a political situation and turn it into a carefully crafted matter of international significance, they are now faced with an opponent that doesn’t easily fit into some anti-elite, anti-migrant or anti-science narrative. Despite Trump’s attempts to turn the US healthcare system’s effort into a nationalistic fight against the “Chinese virus”, the significant majority keeps distancing itself away from such populist rhetoric.

Addressing the thoughts of the most sceptical readers, it is naturally argued that this isn’t the end of populism; such a great change can naturally never happen overnight and there is still a long way before the world experiences the last of their policies. Characteristic examples are the leaders who exploit this crisis to reaffirm their hold of power and push through more “authoritarian emergency measures”. Such would be the case of Hungary under Viktor Orban and India under Narendra Modi, both of whom have adopted draconic measures in their attempt to prevent the spread of panic and ultimately reassure their supporters of their successful hold of power.

One observes that there is no precise “populist response” to the pandemic. Each leader improvises, trying to prevent the spread of the virus, decrease the death toll and bring under control the continuously surging case numbers.

It is undoubtedly too early to understand how the pandemic will reshape the world, and especially the political cycle which evolves in unprecedented ways. One thing can be argued for certain though and that is the following: as much as we have learned to criticize and negatively comment on populism, the end isn’t nigh. And that is simply because there is not one single, laminated and clearly portrayed populist-policy, which leaders follow step by step. There isn’t a checklist, which leaders decide to abide by to achieve greater appeal to their public.

Rather, their policies are crafted along the way, moulded depending on the needs and desires of their population. Sticking to their ideology and following the path of their laid-out plan of public action, they are skilled enough to deviate when necessary and improvise in order to overcome fast approaching crises and ultimately ensure their hold of office.

As a concluding note, we cannot fail to argue with conviction that the recent pandemic will alter the political landscape across all directions. Not only in terms of the speed with which political decisions are made, nor the skills that will become vital for the generation of future leaders, such as crisis management and multidimensional decision-making. The domestic and international affairs landscape will mould and reform in the direction of a sphere which won’t be swayed by policies and actions based on assumption and misplaced suggestions.

The pandemic has turned most political leaders into effective decision-making “machines”, problem solving detectors and executors of carefully crafted solutions. And it is within this newly materialised Darwinist sphere in which capable politicians will be distinguished. Either populist or not, the pandemic will bring to a breaking point many healthcare systems and will test their foundations, it will challenge politicians and will make the public question their ability to choose the correct leaders. And only the systems that are underpinned by truth, clarity and objectivity will be able to survive the crisis and emerge as victors.

This is why populism has come, once again, under the microscope: nations in which populists thrive are rarely exposed to true, concrete data that accurately depict reality. The cunning populists are able to manipulate the truth and weave it into nationalist campaigns that will ultimately help them gain the backing of the population for yet another policy.

The pandemic has, therefore, brought whole political systems to a testing-point: it isn’t only the national healthcare system that will suffer, but so will politicians who depend on misinformation, falsification of the truth and opportunistic representation of reality.

And maybe, just maybe, this will help us open our eyes to the unfair dynamic that dominates the intricate world of politics and, in the long term, gain back the disintegrated faith in human nature, our politicians and the future.

Next Story
Oil, markets and revolution: the end of resource dependence as we know it 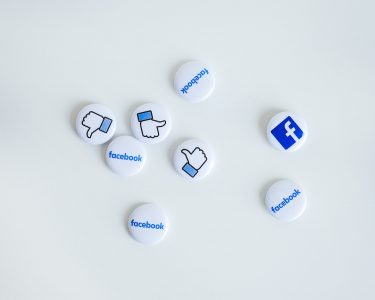 The year that changed the Internet

Now that we are still just in the beginning of the new year, when expectations are still high and when promises for a better year ahead are...

Soon after the intense electoral victory of Joe Biden, the spotlight fell on the Middle East giant that has been haunting Americans’...

Almost one month after the vivid November 2020 US elections, there is a sight to behold in the US: national flags appear on porches, on...

The COVID-19 pandemic showcased not only the pivotal role of healthcare, but also the great need for competent leadership. Now more than...