Every so often, Iran’s domestic developments make the headlines: the staggering progression of the economy and the far from rare clashes between modernity and tradition are just some of the examples. Since the 1979 Revolution whose impact reverberated not only across the Middle East, but also across other continents, the Iranian presence continues to be contemporary. But the path towards the upcoming presidential elections in June 2021 is more treacherous than Iran’s leaders can imagine, with new players and old protagonists emerging.

A walk down memory lane:

The name ‘Mahmoud Ahmadinejad’ has different connotations across regions. In the west, most remember him as the Iranian president who attempted to reinstall some sort of democratic principles over a deeply religious society and who warmed up to the US-titan once more. In the wider Middle East, relations with the Arab neighbors improved significantly, making European and American analysts wonder.

But for Iranians, the former President’s name brings back a sense of impending doom, a rising insecurity and growing discontent. Despite a motivated reformer, Ahmadinejad’s election in 2009 sparked a series of protests that engulfed Tehran. Soon after the announcement of the landslide victory, supporters of Ahmadinejad’s main opponent, Hussein Moussavi, took to the streets to protest against another term of erratic economic stewardship, confrontational foreign policy and crackdown on social freedoms. The Green Movement protests led to the arresting of thousands of Iranians seeking change, and the killing of dozens who dreamed of reforms.

Memory seems to play a wicked game in politics, where voters are quick to forget the wrongs of the old regime as soon as the incumbent displeases them even to the slightest. As members of the current Iranian regime waltzed through Tehran on February 10th to mark Revolution Day, Mahmoud Ahmadinejad held a modest national gathering of his own. The former president’s fans gathered outside his flat, asking God to grant him a third term in office. And while the police were quick to disperse the gathering, they weren’t as successful to dim the fabricated flare of hope that has sparked across the country. Ironically, Ahmadinejad accused the current theocratic regime of impugning on civil liberties, something that Ahmadinejad did plenty of when he was in office.

Gearing up for the presidential election in June, Ahmadinejad is preparing his weaponry against well-established clergy which will firmly stand in his way. President Hassan Rouhani’s hold on power is far from subtle, permeating across all sectors, and is aided by the decisive backing of Ali Khamenei’s rhetoric. Surprisingly though, Ahmadinejad has managed to stand out as a favorite candidate in the polls, gaining popularity among the less educated and less affluent Iranians. And while the turnout for the elections is predicted to be low, Ahmadinejad doesn’t lose hope.

This won’t be the first time that the controversial president has tried to run as candidate after his two terms in office. In April 2017, Khamenei asked Ahmadinejad to refrain from running for office again, after rumors emerged that he was gearing up for re-election. Disregarding this far from friendly suggestion, Ahmadinejad’s name appeared alongside his former Vice President’s, Hamid Baghaei, on the list of challengers. A week later, both were disqualified from the race. On august 10th 2020, the Guardian Council spokesman suggested that previously disqualified candidates refrain from running for office again, a direct blow to Ahmadinejad’s plans. Yet behind every great politician, in the shadows of foreign policy decisions and domestic policy management, stands an even more cunning minister, who decides to make a reappearance at times like this. This seems to be the case with Parviz Fattah, Ahmadinejad’s former energy minister who is likely to take the lead.

Khamenei has already set the scene for the upcoming presidential elections, using a manifesto entitled ‘The Second Phase of the Revolution’ issued in February 2019. Reflecting on the 40 years after the Iranian Revolution of 1979 and setting out a vision for the next decades, Khamenei seems to accept the idea that his time as Supreme Leader is close to completion. And with this in mind, he embarks on a journey with the ‘youthfulness and rejuvenation of the country’s management’ in mind (‘javangarayi va javansazi modiriyat-e keshvar’). The youth-washing project has taken the form of putting younger or more hardline people in unelected political offices, replacing military elites in the Joint Staff, Artesh and Islamic Revolutionary Guard Corps (IRGC), and replacing representative in the state bureaucracy, local government and universities with a younger and more radical generation.

The 2021 election will be the final piece in Khamenei’s puzzle, regardless of whether the Iranian people share this vision. Indirectly, the mechanism has been laid out, the pieces have been assembled and the final maneuvering has to be completed in order for Khamenei to secure his legacy, just like Khomeini so skillfully did. The almost solitary path leaves little room for reformers and pragmatists, who are no longer a fit with the layout of a young and revolutionary administration. And though the ideology spectrum has been significantly restricted, there is still room for contenders to move around.

The strongest contender at the moment is the neo-principlist camp, whose base is the middle class and high-ranking IRGC members and is firmly focused on conservatism and fundamentalism. Praising technocratic experience and close ties with the IRGC, they promote a self-sufficient economy and adopt a confrontational foreign policy. Parviz Fattah, Ahmadinejad’s ‘brainchild’ and former IRGC member, is one of the rising stars of this group, with polls terming him as one of the four most popular candidates. Fattah may be the new and improved Ahmadinejad, able to ease concerns among Iran’s poor.

In his 40-year plan, Khamenei has articulated a wide range of totalitarian aspirations in the basic foundations of Iranian politics and has managed to enthrone himself at the highest leadership position. Attempting to lay down institutions that will outlive him and engineering methods with which he will achieve absolute control, the field is left relatively open for contenders to attempt to steal some of the Supreme Leader’s glory.

What does the future hold?

Given the packed political scene, political competition has reached its climax, with former protagonists making their reappearance and new contenders attempting to carve out space for themselves.

At the moment, Ahmadinejad’s wish to run for president seems to be on its way to be fulfilled, with no outright rejection by the current regime but also without a confirmation from the former president. The clerics might see his candidacy as a way to get out the vote at a time of widespread disillusion, economic grievances and an uncertain future. Regardless of whether he decided to run for office, he will remain influential and will continue to constitute a key player in Iranian politics, with his influence over social media and his indirect challenges to the clergy being two of the highlights of current developments. Saeid Golkar, an Iran-watcher in the US said that Ahmadinejad wants to ‘remain relevant till the time of crisis comes’. When the timing is right, ‘he wants to be there to fill the vacuum’, and to do that he needs to remain relevant and follow the trends. And while Ahmadinejad’s time as president may have elapsed, younger, more politicized and more revolutionized contenders like Fattah lay down the conditions for an interesting election.

Khamenei’s legacy set the bar too high: current challengers have to at least try to reach the level of domestic centralization, religious alignment and political cunningness that the current Supreme Leader is defined by.

Who is to say that this will be an easy task? 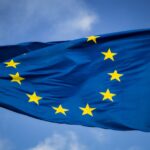 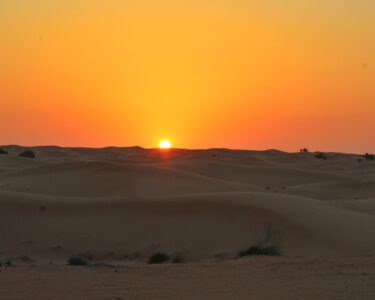 More often than not, sectarian conflicts and sectarianism, in general, are presented as religion-driven and deeply theological phenomena....

The results of the June 18th presidential elections suggested the continuation of the regime, the adoption of an evidently more hardline...